Sorry I’m posting so late today, well sort of sorry. I had a few things that needed done, including some hospital bill stuff from last year. I’m on a payment plan and the monthly due date is the first. Well, this month I was much closer to the hospital’s accounting department than I am when I call to make my payments! They were on my list of calls to make, they called me first and it’s all taken care of. I just love happy phone calls where bills are concerned!

So, my business calls and finishing up my Fresh Fruit layout took up some time. But I did it all on just ONE cup of coffee!


But now let’s join Joyce, our wonderful questioner extraordinaire at From This Side of the Pond for the Wednesday Hodge Podge!

1. Lake Superior University has once again published a list of words/phrases they think should be banished from the Queen's English...here's the list for 2013-

fiscal cliff, kick the can down the road, double down, job creators/creation, passion/passionate, yolo (an acronym for you only live once), spoiler alert, bucket list, trending, superfood, boneless wings, and guru

Which of these words/phrases would you most like to see banished from everyday speech and why. Go here to read more about how the words were chosen.

This one is SO easy for me! I hate, I mean I can’t stand it if I could imagine it out of existence I would, hate, the phrase “Bucket List.” Bucket List is “Things I want to check off before I kick the bucket.” What happens when you’ve checked everything off? That’s it, you’re done? Personally, I don’t want to put an expiration mark on myself. The only thing on my “bucket list” is immortality. So now I can go on living like I’m, alive not with a checklist to death.

Ah, but there’s a problem with my bucket list too, which is why it’s just a joke because I don’t have and never will have a “bucket list.” I’m not going to live forever. Which means many years for now, even if I invest with Raymond James and live to 187, when it’s over, I‘ll have failed at the only thing on my list. I’ll die a failure.

So you see? A “bucket list” is either an expiration mark if the items are attainable or a promise of failure if they are not. There is not a thing positive about keeping a bucket list and the term should be banished from the world psyche.


2. When was the last time you rode a train? Where did you go?

Bagels are good! I like cinnamon crunch, asiago cheese and last November I tried the pumpkin ones at Panera! I like sun dried tomato cream cheese on asiago ones and any sweet cream cheese that isn’t blueberry on the other ones.

4. 'Tis the season of awards shows...if you could star in a movie already made which one would you choose?

Wow, as not a movie watcher, I don’t have a lot of thoughts. Friends have told me they could see me playing Annie Savoy from Bull Durham. 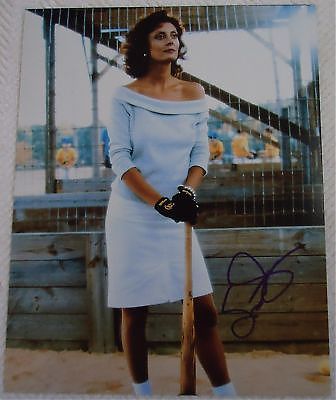 5. The move towards single gender classrooms has been making the news in recent months....what say you? Do you think kids perform better if separated by gender and are taught differently or is that discrimination? If you're a parent, is this something you'd support in regard to your own children?

I think there is still too much sex discrimination and teaching genders separately only stamps it as okay. When kids grow up they’ll all work together and they’ll have never learned how to work together or in the presence of the other gender. It does way more harm than good.


6. What's your favorite thing about staying in a hotel?

Not having to clean or cook. We usually try to get a king bed and that’s nice too

I don’t have a word for the year. I’m too verbose to try to choose just one word without going crazy. :)


8. Insert your own random thought here.

Stay tuned to this blog for a bunch of randomness, just not right now! For now, I’ll share my Fresh Fruit pages; uploaded in full size for ease of reading if you’re interested.

Credits: Thanks a Melon by blue Heart Scraps 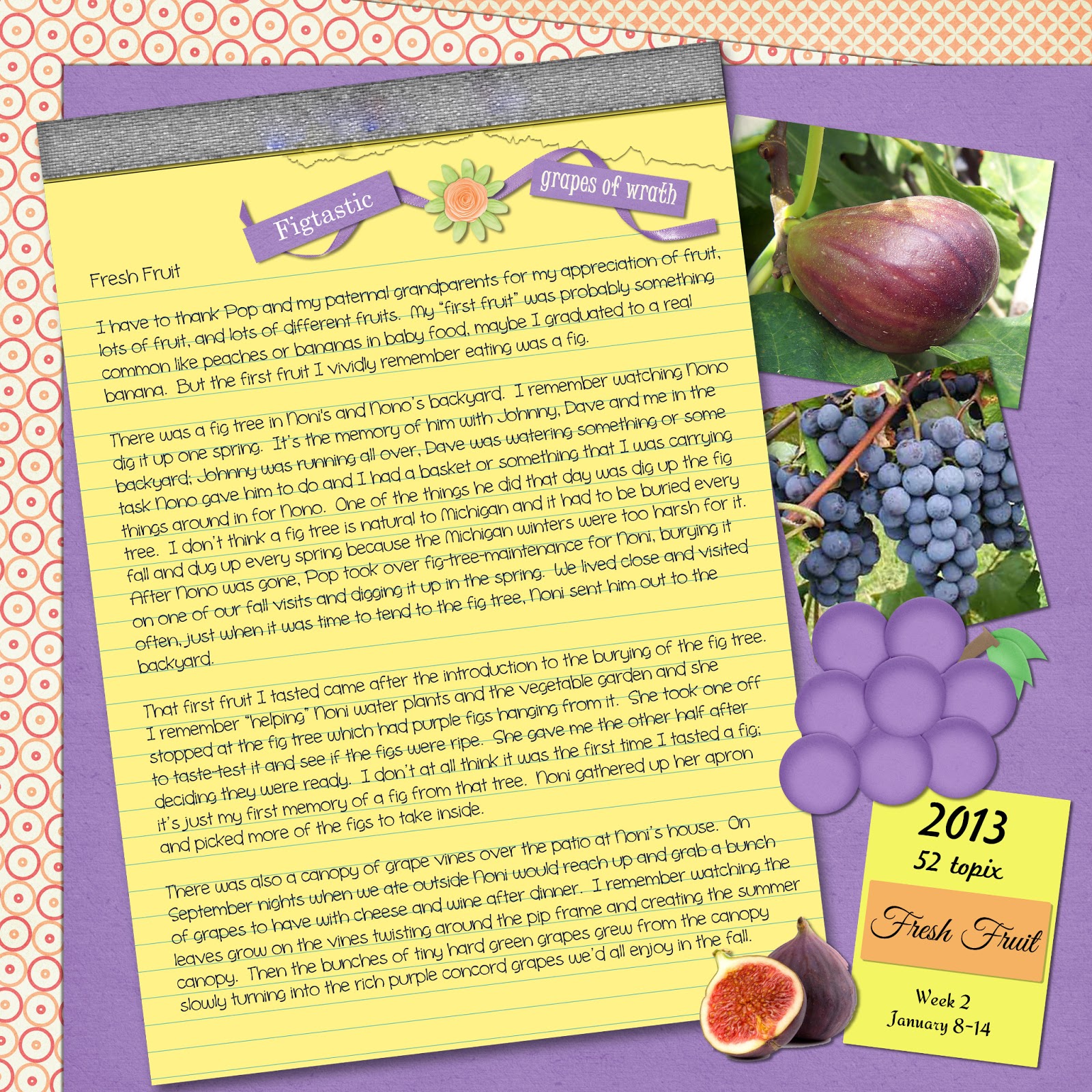 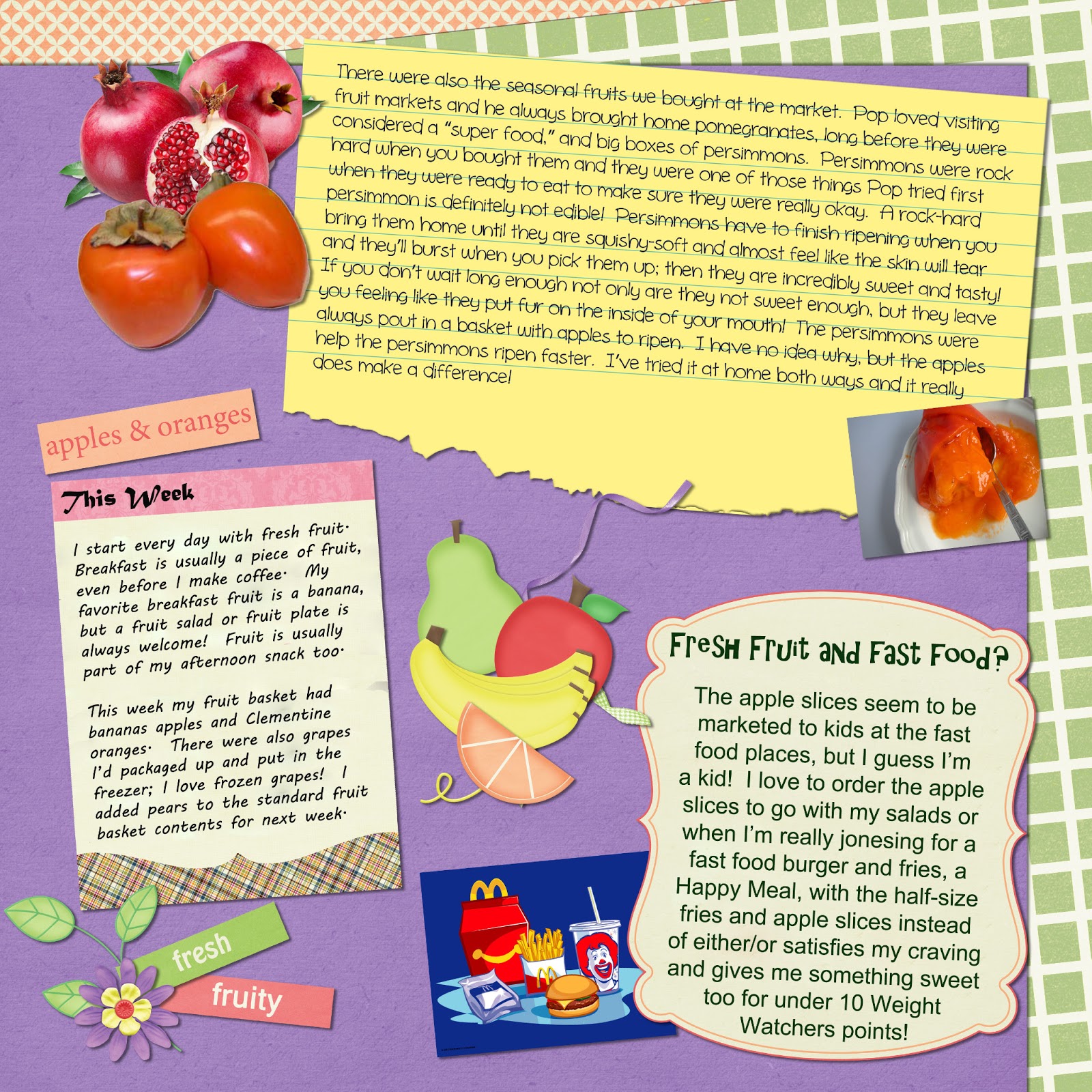 Now I'm going to picture you as Annie Savoy : ) She had a lot of sass, but it's mostly the good kind!

Bucket list-I never KNEW it meant before kicking the bucket! LOL! Now I know! Not sure I'll use that phrase anymore!
Panera cinnamon bagels has been a common answer this week---think I need to try one now!

I could never bring myself to get a pumpkin bagel to try. I was more suckered in by the pumpkin cheesecake muffins! LUUVV them lol

I did manage to get a chocolate babka this past season though. Those are awesome.

i agree with you on the tern "bucket list". i prefer "life goals".

The last time I rode a train was back in 1958. I used to take the train to work in Boston everyday, and then home again. In a way, I really miss this form of transportation. We met new people and made friends on the train. It also gave us a chance to enjoy a cup of coffee while we read a book or the newspaper on our way to work.

I don't mind the word bucket list, but I don't really have anything to put on the list. I've been fortunate enough to have reached most of my goals. Hugs, Edna B.