Book Review: Death On A High Floor by Charles Rosenberg 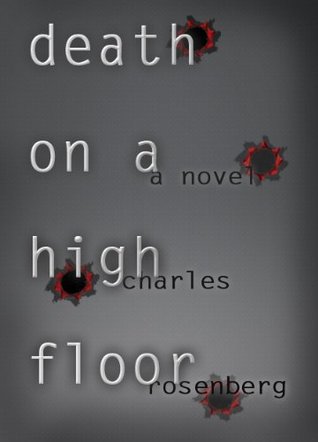 When the much-despised Marbury Marfan senior partner Simon Rafer turns up dead, with an ornate dagger buried between his shoulder blades, it comes as a surprise to no one. Simon was an abusive boss and had recently been on the warpath, clearing the "dead wood" from the legal firm he treated as his personal fiefdom. Nearly a thousand attorneys and associates, scattered across four continents, had good reason to want Rafer dead, but homicide Detective Spritz has his eye trained on Marbury Marfan partner Robert Tarza, in particular. Tarza and his friend and colleague---and maybe a bit more---Jenna are soon forced to play detective themselves, in a race to find the real killer or killers before Spritz finishes assembling a collection of evidence that will make a very credible case against Tarza.


My review on Good Reads

I really did like this book. There is a little mystery and a lot of the legal ins and outs of arrest and trial preparation, even for the innocent! The story is told in first person by Robert Tarza, a 60-year-old partner at Maybury Marfan who is being framed, and framed well, for the murder of colleague Simon Rafer. After all, the story starts with him finding Simon’s body.

A murder accusation is a shocking introduction to the reality of criminal law and how it differs from the civil law Robert has spent 35 years of his life practicing an experienced pro who must now play the client. It’s definitely a story of trusting his friend who he mentored in the firm and the lead counsel she selected. His quiet and conservative life becomes the hottest story in Los Angles. Robert goes from confident it will all blow over because he’s innocent, to playing detective; to the despair of being convinced he’ll go to trial and be convicted. Add to the murder accusation that he is suspected of rare coin forgery and drug money laundering. Most of the book involves the lawyers preparing the case and looking for the real murderer.

I loved the book. Robert is a well-developed very likable character, and the story is built well. I had figured out who the real murderer must be with about 80 pages in the 400 page book to go and I found myself reading faster because I just had to know if I was right, the details and how on earth they were going to bring them out! It was an exciting and pleasurable read.
Posted by Nani at 11:47 PM

Email ThisBlogThis!Share to TwitterShare to FacebookShare to Pinterest
Labels: book-review