Astros Not Winning As Corporate Citizens 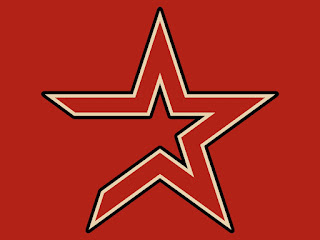 Early this season I predicted the Houston Astros to win the World Series this year. Now I'm not sure I even want them to play in October.

I still have some issues with the Astros home games right now. When such a huge number of families in the Houston area are homeless right now after the flooding from Harvey’s rain, the baseball stadium is open for business. According to one article I read free tickets to the reopened games were offered to "some displaced families" with thousands of tickets offered for free at nearby shelters. That's the best millionaire and billionaire players/ownership can do? The first place Astros weren't even selling out before the hurricane and record flooding and devastation. People might be more encouraged to support a team that does more to support them in times of trauma and need.

There are so many who lost everything. People in nearby shelters may be wearing donated clothes because they didn't have the ability to grab much before a flash flood swallowed their home. Shelters are filled with people who have no food and last I checked, shelters for flood victims don't have huge parking lots for all those cars. Most of those were under water. Houston's METRO system was greatly affected by flooding too with the entire system shut down for two days and parts slowly opening as flood waters recede and it's no longer too dangerous. Many small and even larger businesses are flood victims too. Why is the large stadium worth billions just throwing some free tickets to nearby shelters?

I'd be happier as a baseball fan, as a former small business owner, as a human being, to see them offering free tickets with concession vouchers and shuttles from those nearby shelters to the stadium. Displaced people really do need a break, some semblance of normal, even a few hours of special, in the midst of what has been lost. Free tickets and a walk with no spending money for food isn't quite enough. If being a good corporate citizen isn't enough and it's necessary to make it good marketing, maybe filling those empty seats with flood victims who are guests of the team may actually fill those seats with paying customers in 2018.


* I'd love this to change or to be proven wrong. Let me know if you discover something new to me!