Chronicles of Nani Bulletin Board
COMING SOON
The Chronicles of Nani On Video
I am overcoming my inability to type with my ability to talk (and talk and talk and talk) At least to start with I'll be posting video every week on my YouTube channel. I'll be posting those videos here too along with an occasional regular blog in the mix.
You'll be able to watch the videos here, but I encourage you to stop by my channel at YouTube once I'm up and running to follow me and get my numbers started!
So wether you're a regular or a new visitor:
Welcome to my coffee shop in Cyber Space
Try the latte with a slice of black forest cake!
Contact Nani at
chroniclesofnani@gmail.com

The Answer is Orange 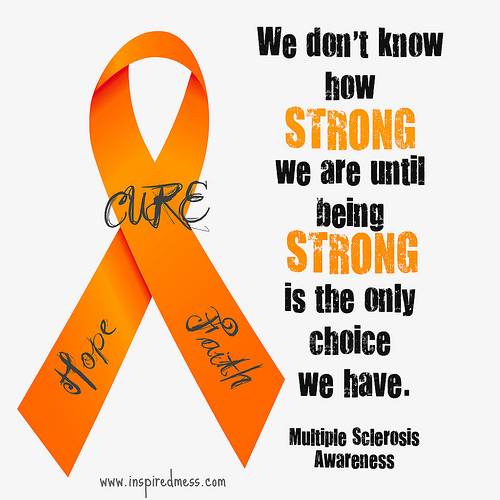 March is MS Awareness month. We went to the Toledo Walleye MS Awareness day game, which, by the way they lost just seconds into overtime after they tied the game with a last minute goal. It was still a fun day. I’m not a huge hockey fan, but I like to watch a good game now and then. It just would have been nicer if the home team had won.

I was troubled with my wardrobe. Orange is the color for MS Awareness and I just don’t have a lot of orange clothes. Even my favorite MS Awareness shirt is gray with orange in the design. I want a couple more MS shirts, an MS bracelet or two and a pin. I also want a coffee mug; of course I need that! That’s what I want to do personally. I want to own my own situation a little better.

Now let’s join Heather at Acting Balanced and Wayne at Touristic for the Monday Quiz!

1. Which are you better at: Reading, Writing or Math?

Much as I hated the idea when I was in sixth grade, I’ve always scored best in math. I was the only sixth grader in seventh grade accelerated math. Kids hated me and called me the most horrible names and I hated that I scored so well. I refused to tell my math classmates what my grade were because some of them were struggling... I wasn’t.

I finally dumbed myself down in seventh grade because, even though I just barely missed the cut to be put in algebra, they put me in algebra anyway. I didn’t do well because I didn’t apply myself. I also never did algebra homework.

I am so thankful that smart kids aren’t as tortured today as they were 30 years ago! I coulda been a contender…as a mathlete! :)

So, today, while I love to read and comprehend and retain what I read well, functional math is still something I do well without trying hard…and even without a calculator!


2. Tell us a good 'come back' story. Where you were down but were able to reverse fortunes and come out on top.

I kinda think I AM a comeback story every day!

Dining is okay once in a while as a treat, but eating is eating. I either feel like cooking and then I make an attractive plate that I munch while I’m reading or doing something on the computer or I just grab something, make a quick sandwich or nuke a can of soup. If I made an event out of it all the time it wouldn’t be special and I prefer dining to be special.


4. What is one thing that someone close to you does that just annoys the heck out of you?


And don't forget to add a 5th Question on your own blog so we can answer as we hop around!

5. What was the last sports event you went to? (any level of play)

Well, the last sports event I went to is the one I mentioned above, Toledo Walleye hockey. The Walleye are the minor league affiliate for both the Detroit Red Wings and Chicago Blackhawks.

Of course, the sport for which it’s not a guarantee that a week later I won’t have seen another game since then starts official in a month! The Opening Day holiday is April 1 this year.
Posted by Nani at 10:01 AM

I like that idea that every day we are a comeback story. awesome.

The last sporting event I went to was most assuredly hockey. probably at the minor/junior level since we didn't have NHL for the early part of the season.

Bringing awareness to MS is a wonderful thing...I have a friend who suffers from it and it can be quite debilitating.

i went to a college basketball game (chapel hill/wake forest) a few weeks ago.

Sports event, hmm...I'm not a sports fan of any kind. To be honest, it's probably been years, and it would have been a Miami Heat basketball game.

I do love that orange ribbon! Seeing as how orange is my favorite color, one would think that I had a lot of orange in my wardrobe. I don't.

As for dining out, I don't really enjoy eating out in restaurants. I'm more comfortable at home.

We've been walking all morning, so now I think I need a tiny nap. You have a fabulous day, hugs, Edna B.

We traveled to St. Louis to watch the Indianapolis Butler Bulldogs play the St. Louis team. Our dogs got slaughtered. We had a good time being with our son and his wife so all was good.

I went and saw the College of Charleston basketball men's team play its last home game of the season the other night.